← more from
EISENWALD
Get fresh music recommendations delivered to your inbox every Friday.
We've updated our Terms of Use. You can review the changes here. 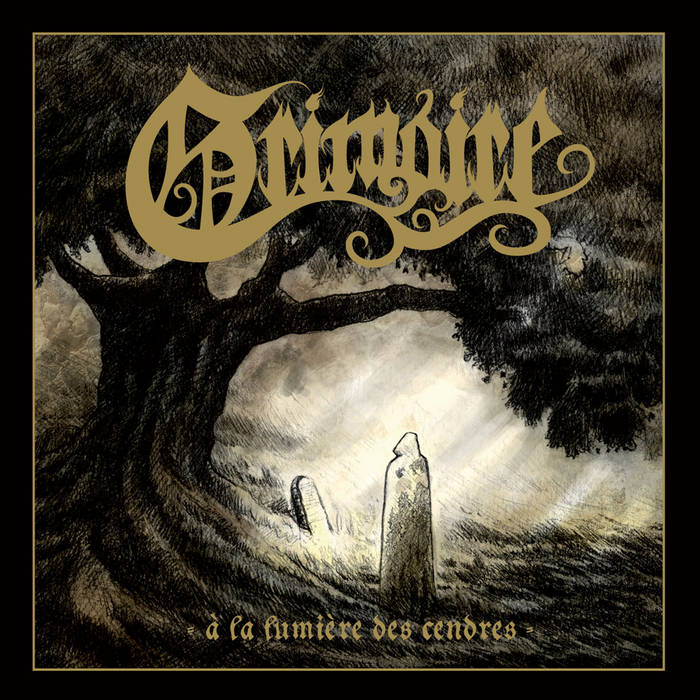 Re-release of the GRIMOIRE debut album under deluxe Digipak CD (black card stock with golden print) and for first time on 12" Vinyl.

On "La Lumière Des Cendres" Grimoire takes the listener on its voyage of epic sorcery from shores unknown; the perfect soundtrack for the darkest of nights.

Back in 2010, 4 years before the acclaimed "L'aorasie des spectres rêveurs" EP, mastermind & multi-instrumentalist Fiel had already succeeded with this wealth of excellent emotive melodies and haunting vocals. With its unfolding and unique style of saturated mid-tempo sounds, multiple guitar layers, and immense keyboards, this shattering yet reviving album added another high note to the already well esteemed and respected Quebec Black Metal movement.

While the tracks show clear interwoven similarities in atmosphere, each song retains its own character; a beautiful and convincing journey that was just about to begin.
A must listen for anyone who appreciates original, creative atmospheric black metal.

"Anyone who is able to appreciate original, creative and superbly performed black metal must get a copy of À la lumière des cendres." - metalobscur.com

Eisen105
Originally release by Morbid Winter Records in July 2011 on CD.
Layout on this re-release by John Haughm.

Bandcamp Daily  your guide to the world of Bandcamp